Every beach handball player would love to hold it in the hands, but only the winners of the ebt Finals will get to raise the newly designed trophy for one of club beach handball’s marquee events.

The eye-catching piece of silverware waiting for the champions of the ebt Finals on 9-12 June 2022 in the Italian resort of Isola delle Femmine has now been revealed.

The beauty is a 3D-printed showpiece, prepared with an internal structural mesh with salt-based compounds added to avoid expansion contractures. Metallic paints and lacquers are used for a shiny finish, while natural beach sand with gloss particles provide the details that make the difference.

It is one of the two new trophies the EHF is introducing for its leading beach handball club competitions: the ebt Finals in June and the Champions Cup in October.

The new trophy for the Champions Cup will be presented at a later stage. 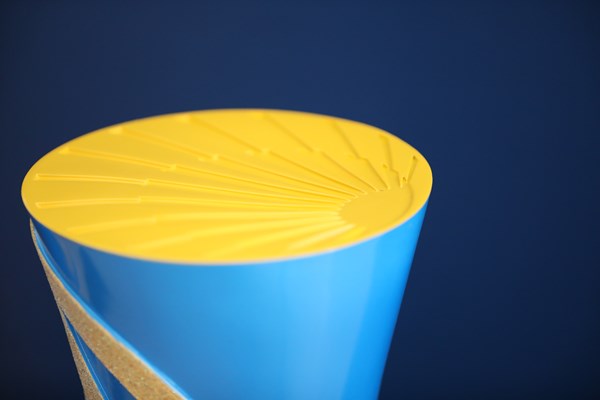 Both trophies represent the values of beach handball: active and respectful, spectacular and acrobatic, honest and fair, fast and clever. The designs are identical for women’s and men’s competitions.

The initiative to introduce new trophies stems from the idea that all tournaments have their own recognisability. The EHF wants to provide the ebt Finals and the Champions Cup with a trophy that gives a distinctive character and represents the essence of both tournaments.

With a different trophy design for each EHF beach handball competition, the actual event gains more recognisability. Both tournaments had a similar trophy to the one awarded at European Championships for national teams – a golden plate. This plate is now exclusively reserved for the EHF Beach Handball EURO. 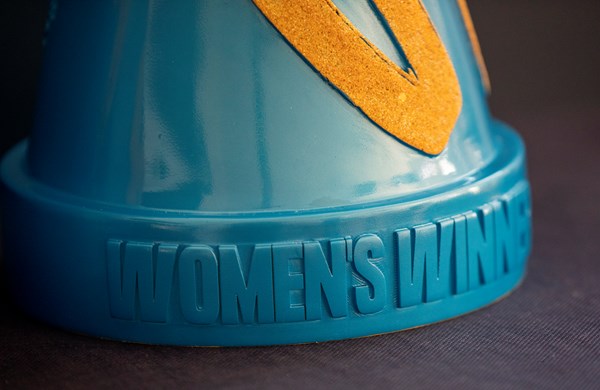 Previous Article Claar and Aalborg are ready for the challenge

REVIEW: Both gold medals went to European nations at the ninth World Championships in Greece

DAY REVIEW: Teams from Denmark and Portugal emerged victorious on the final day of the ebt Finals 2022

Stage set for semi-finals in Sicily

DAY REVIEW: Team Almeria continue to impress in the women's competition, but reigning men's champions HEI are out ahead of the semi-finals

16 teams get first taste of main round

DAY REVIEW: The preliminary round of the ebt Finals 2022 ended Friday before the opening matches of the main round closed the day's action

NEWS: Beach handball experts Chris O’Reilly and Lamprini Tsàkalou are behind the microphone for Sunday’s medal matches in Sicily

Favourites dominant on day one at ebt Finals 2022

DAY REVIEW: The top medallists from last season’s ebt circuit started the ebt Finals 2022 strong with commanding wins on day one in Italy

NEWS: The beach handball season highlight in Sicily this week gets extensive coverage on EHFTV and Twitch

Teams at the starting blocks for ebt Finals in Sicily

PREVIEW: 29 teams make their way to Italy in an attempt to lift the new but ever so coveted ebt Finals trophies

NEWS: EHF Beach Handball Education Courses have taken place on the fringes of the ebt tournament at Camelot