Montpellier one win away from equalling record run

Montpellier HB kept their winning streak in EHF Champions League Men group A going in round 9 on Wednesday, but had to overcome fierce resistance from HC PPD Zagreb: 24:23.

The French side's longest winning run lasted for eight matches, from the 2016/17 season.

The team is the star at Montpellier

Seven victories in a row, first place in their group - what makes Montpellier so strong this season?

Of course, coach Patrice Canayer’s 27 seasons’ worth of experience has helped the French club to two Champions League trophies, but on court, this group of young guys are a unit. Already 10 players had their name on the score sheet for Montpellier at half-time, a proof for the depth of the squad. 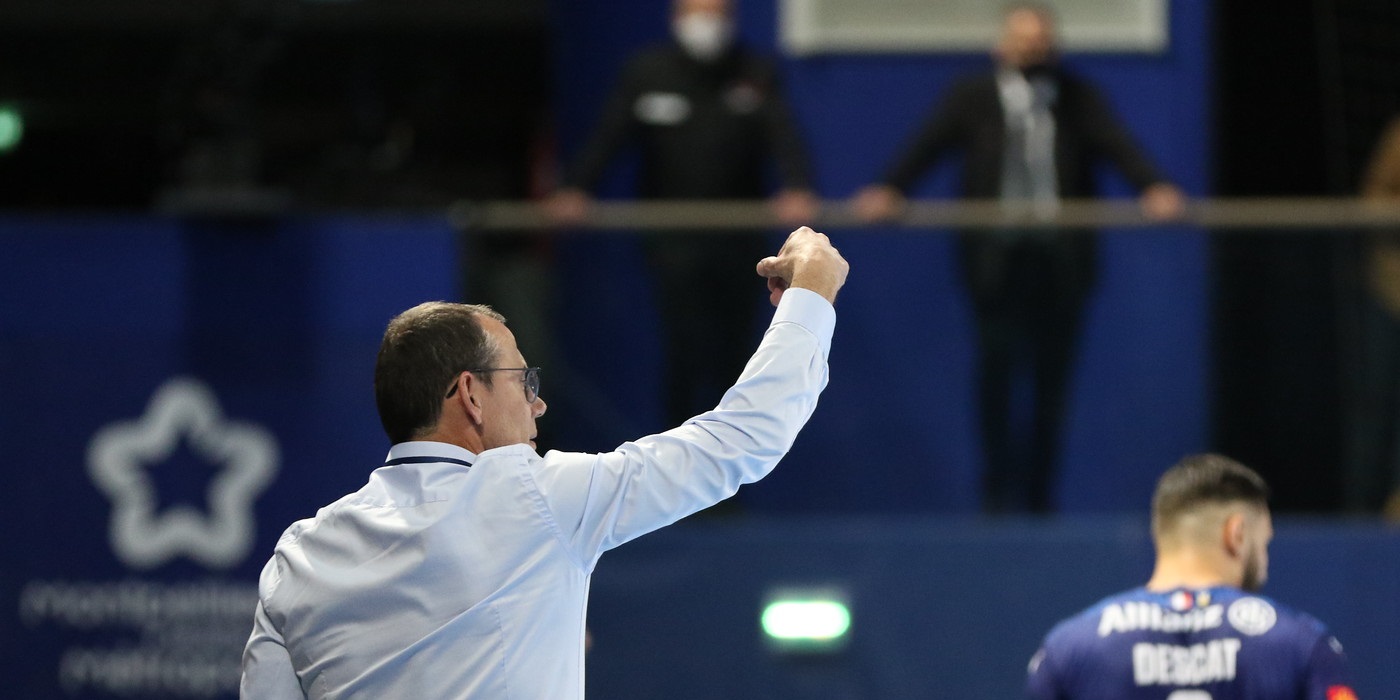 Both games against Zagreb have been defensive games, and in both matches Zagreb have posed us problems. Even when we were winning by five goals they stayed in the match. Overall I am very satisfied with this win in what was an intense encounter.
Patrice Canayer
Montpellier HB head coach

Next Article Battle for Last 16 goes to the wire

GROUP B REVIEW: The Hungarian powerhouse record their narrowest win in the current season defeating their Danish rivals by just one goal

GROUP B REVIEW: The Russian champions took their first win in the competition in 2022, defeating Sävehof away in Sweden

GROUP A REVIEW: Brest Bretagne Handball jumped to the fourth place in the standigs, taking their second win in four days, 39:28, against HC…

SUMMARY: Györ maintained their perfect record with a thrilling victory over Odense, while Esbjerg triumphed in Match of the Week against FTC

GROUP A REVIEW: Buducnost lose 10 games in the DELO EHF Champions League for the second season in a row and are eliminated after Rostov-Don’…

CSM sweat for win against Dortmund

GROUP A REVIEW: Three days after delivering their worst attacking performance of the season, CSM Bucuresti bounced back and secured a 33:29…

Tranborg: "We want to show that we can stay on top"

FEATURE: Esbjerg’s right back Mette Tranborg has a good feeling about her team’s chances at the continental top flight

Esbjerg and FTC to meet in Denmark

ROUND PREVIEW: Two exciting matches between Danish and Hungarian teams are among the highlights in round 11 of the DELO EHF Champions League