The European beach handball season makes its return to the sand next week and does so in style with the ebt Finals streamed exclusively live on the new Home of Handball channel on Twitch.

Action in Spain gets under way on 3 June and fans will be able to follow every match on the main court for the duration of the tournament which reaches its climax on 6 June.

English commentary will also be available on the final day with live analysis and chat expected to accompany the gold and bronze medal matches.

Having confirmed the line-up for qualified teams late last year, the final part of the process was to distribute the teams. The men’s tournament saw the 16 teams divided into four groups of four nation, while in the women’s event two group of seven teams. 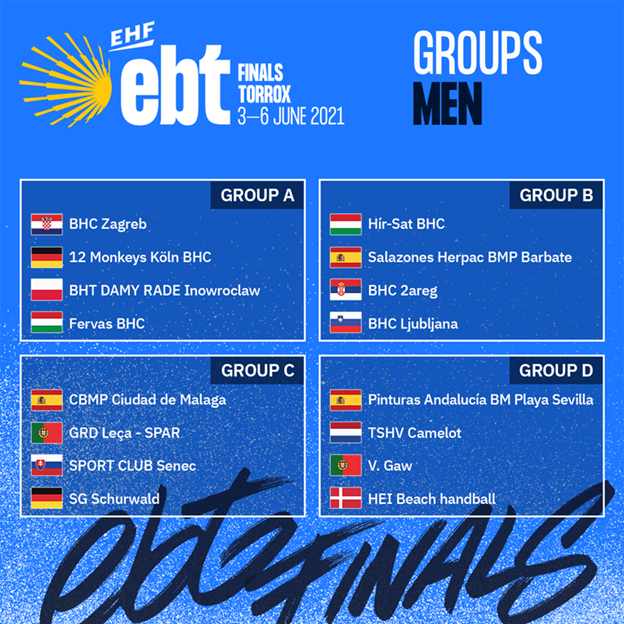 In the men’s event, reigning champions from the 2019 competition Pinaturas Andalucia BM Playa Sevilla, have been placed into group D alongside TSHV Camelot, V. Gaw and HEI Beach handball.

On the women’s side the 2019 champions Club Balonmano Playa Algeciras have changed their name to CATS A.M. Team Almeria and will line-up in group B. 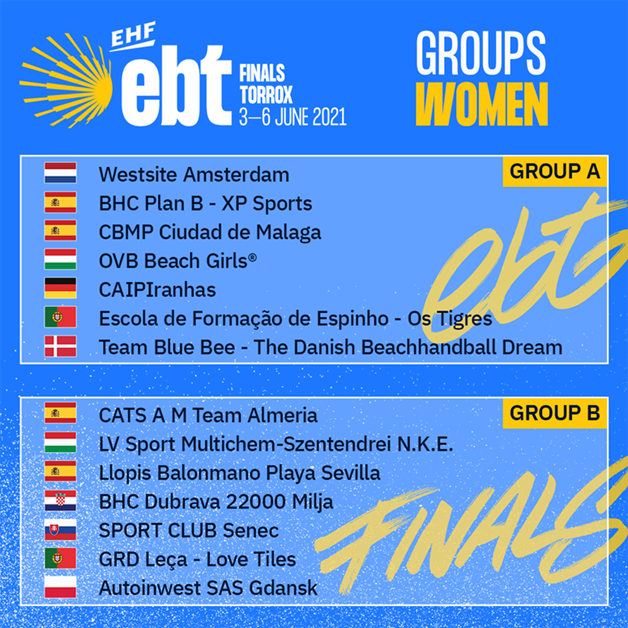 As well as live coverage on Twitch, beach handball fans will also be able keep up to date with the action at the ebt Finals with daily coverage on eurohandball.com and the Home of Handball social media channels.

Next Article Jacobsen: “Everybody recognises how strong we are”